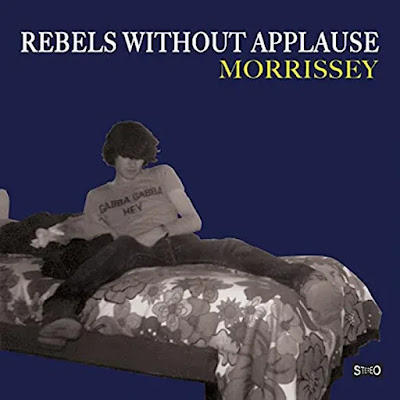 A video interview with Morrissey has premiered.

In his first filmed interview since 2015, Morrissey discussed his new album Bonfire Of Teenagers, the music industry, cancel culture, his fan base, and more.

The 16 minute video was low on controversy - sure, like always, he took a couple of shots at the music industry, but overall he focused mostly on his music and his love for creating it. He stressed that Bonfire Of Teenagers is his absolute "best" record and is extremely passionate about making music, which he considers his life purpose. He also revealed that he's already written another new album (the follow up to Bonfire Of Teenagers) and plans to record it soon, however it won't be released for quite some time due to the album cycle for Bonfire Of Teenagers.

The interview was conducted by Fiona Dodwell and was directed by San Esty Rayner (Morrissey's nephew) October 9th in London. View it below.

Morrissey premiered his new single "Rebels Without Applause" days ago. The song serves as the first single from Bonfire Of Teenagers which will be released next year.