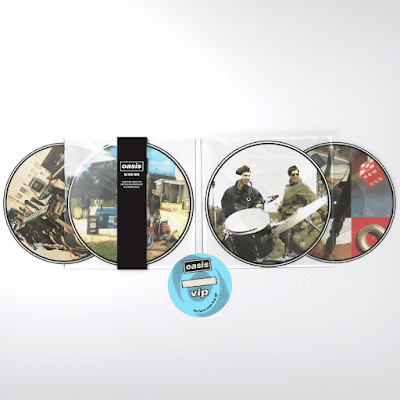 The legendary band's sprawling third album is coming up on its 25th anniversary next month. To commemorate the mighty event, Oasis announced special limited editions of Be Here Now - pressed on double silver vinyl, picture disc, and cassette.

Note that these 25th anniversary editions are not newly remastered; they used the remastered version from 2016 which were done for the Be Here Now - Chasing The Sun editions.

The 25th anniversary editions will be released on August 19th, just days before the album turns 25. Head here to pre-order.

Be Here Now was originally issued on August 21st, 1997 and careened to the top of the charts. In the UK alone, the record sold over 400 thousand copies on the first day of release and went on to hit number one in 15 different countries.