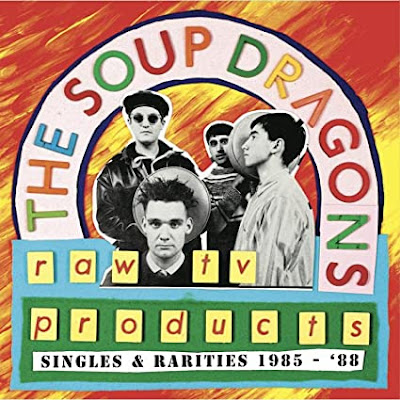 The Soup Dragons will release a singles and rarities collection later this year.

Raw TV Products - Singles And Rarities 1985 - 1988 collects early singles, peel sessions, and rarities from the band's pre-Lovegod era. All 16 songs featured on the release have been newly remastered by Sean Dickson earlier this year and will be released on pale blue, red, green, and white vinyl (white vinyl exclusive to Rough Trade).

An official date has not been announced due to vinyl/pressing issues, though fans should expect the release in late autumn. Head here to take a look at the release and pre-order.

View the tracklisting below.