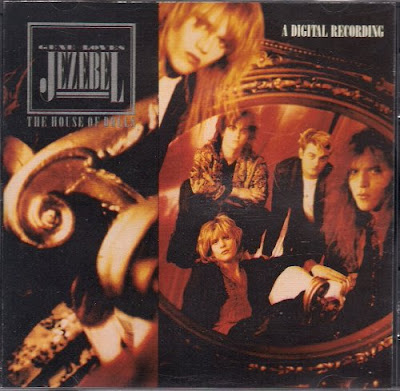 The 40th anniversary of Gene Loves Jezebel was in 2020, however due to the pandemic, touring was sidelined. The band is thrilled to be able to be back on the road playing music. The tour kicks off next month after a pair of dates at the Cruel World Festival in Pasadena and runs through the end of June. The tour includes a Detroit area stop at the Magic Bag in Ferndale on June 2nd. Head here or here for more details on the tour.

It should be noted that two separate Gene Loves Jezebel bands are active, which can lead to confusion over the band name.

Gene Loves Jezebel was founded in 1980 by brothers Jay and Michael Aston. In the 90s the brothers had a falling out, leading to a fight over the band name. Eventually they agreed to form separate bands and they would share the band name.