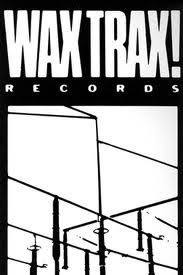 A petition has been launched to help preserve the legacy of Wax Trax! records.

The petition seeks to designate the original Wax Trax! Chicago storefront as an official Chicago landmark. The designation would provide the storefront with a historic plaque with information about the store, but even more importantly, the landmark status would ensure that the building will not be demolished or have its exterior altered.

The Chicago storefront served as Wax Trax! headquarters from 1978 through 1993 and was a monumental influence on alternative music. The importance of the contributions of Wax Trax! co-founders Jim Nash and Dannie Flesher cannot be overstated.

Fans have until March 1st to sign the petition - organizers want everything in place in time for the next Chicago Department of Planning Development meeting which is expected to take place on or around March 15th.

The preservation petition campaign was launched by Julia Nash, daughter of WAX TRAX! founder Jim Nash to keep the legacy of her father and his life partner, Dannie Flesher alive.

Head here to sign the petition and catch up with Wax Trax! online here.