New Order return to the U.S. in March 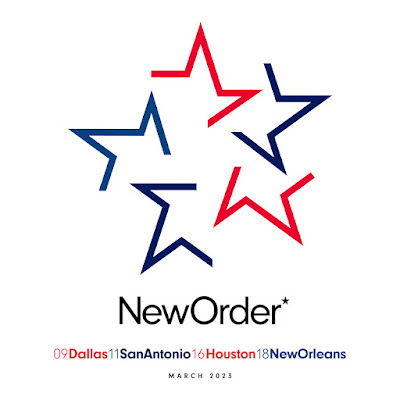 New Order return to the US in March.

Though New Order have announced a "North American" tour, it turns out to be a 4-date mini-tour which will see them playing Dallas, San Antonio, Houston, and New Orleans in March.

Meanwhile the Definitive Edition of New Order's 1985 masterpiece Low-Life will be released this Friday, January 27th. The 1LP/2CD/2DVD collection includes the original material remastered on vinyl and CD, with an extra audio disc of previously unreleased material, and 2 DVDs featuring rarely seen live performances from the Low-Life era. The 12" singles "The Perfect Kiss," "Sub-Culture," and "Shellshock" will also be released individually on January 27th.