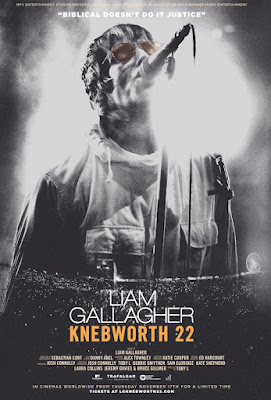 Knebworth 22 documents Gallagher's biblical return to the iconic venue, where he performed as a solo artist to 170,000 fans over two nights. The concerts took place on the very same stage where Oasis performed their historic shows 26 years ago.

The film includes concert and exclusive backstage footage, however much to Liam's dismay, some music that was intended to be included was nixed by Noel Gallagher, who owns the rights to Oasis' publishing. Regardless, the documentary should be a special treat for fans.

Knebworth 22 premieres in cinemas in the UK on November 17th followed by a streaming/on-demand release. So far North American theater screenings and/or streaming info has not been announced.

View the trailer for Knebworth 22 below and head here for more info.