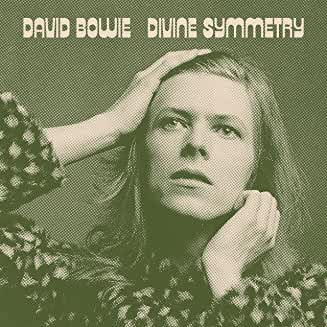 The boxset is titled Divine Symmetry - An Alternate Journey Through Hunky Dory and celebrates the twelve months running up to the release of Hunky Dory in December 1971. The 5 disc set (4CD + 1 BluRay audio disc) collects home demos, live/studio recordings, BBC radio sessions, and alt mixes of Hunky Dory tracks. A total of 48 previously unreleased tracks are included, of these many are demos and new alt mixes from 2021; the audio BluRay includes the 2015 remastered edition of Hunky Dory along with assorted other mixes.

Head here to read more about the release.

Bowie's archive shared a track from Divine Symmetry which is available to stream below. This version of "Kooks" was recorded by David Bowie and Mick Ronson September 21st, 1971 for BBC’s Sounds Of The 70s. It was later broadcast on the show October 4th, 1971.