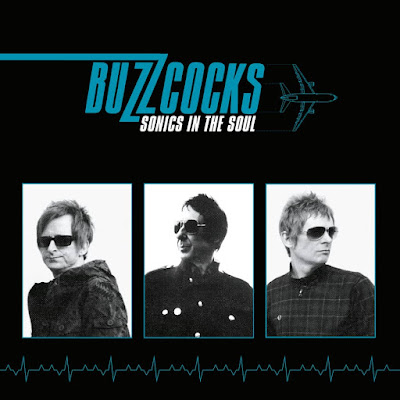 The new single is the second track to be issued from the forthcoming album Sonics In The Soul; (the first single, "Senses Out Of Control premiered in April). Sonics In The Soul serves as the band's first album since 2014's The Way and their first without the legendary Pete Shelley who died in 2018. Founding member Steve Diggle has taken over songwriting and vocals for Buzzcocks for this record, which is the band's 10th full length studio release.

Stream "Manchester Rain" along with the official video for the previous single "Senses Out Of Control" below and head here to pre-order.