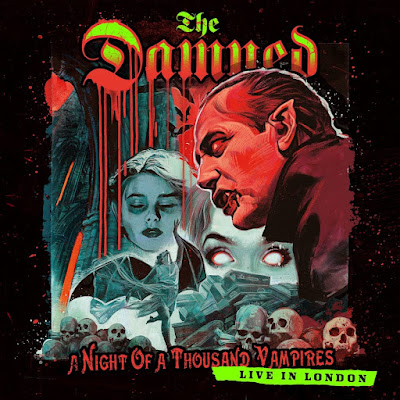 The Damned announced the release of a live album and concert film.

A Night Of A Thousand Vampires was captured October 28th, 2019 at the Palladium Theatre in London. The immersive musical and theatrical production featured The Damned performing classics, while The Hammer House Of Horrors and cast of The Circus Of Horrors were on stage with the band performing spectacular and spooky feats. An incredible show indeed for fans of The Damned, vampires, and creatures of the night.

Watch the trailer for A Night Of A Thousand Vampires and view the tracklisting below.