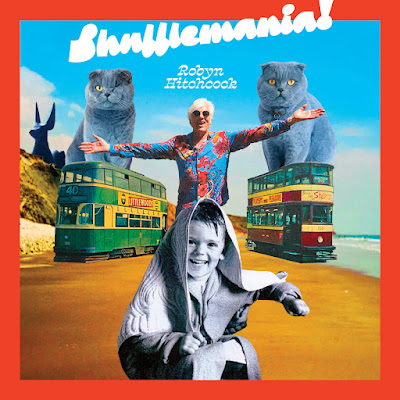 The album is titled Shufflemania! and features several guests including Johnny Marr, Sean Ono Lennon, and Brendan Benson. The record is scheduled to arrive on October 18th and will be released on limited edition blue vinyl, standard black vinyl, cd, and cassette. Along with the album announcement, Hitchcock premiered the video for the album's first single "The Shuffle Man," which you can view below.