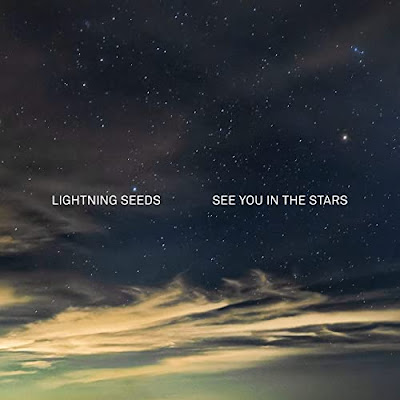 Lightning Seeds announced the release of a new album.

The band's seventh studio record is titled See You In The Stars and was written by Ian Broudie, though one of the songs was co-written by Terry Hall of The Specials, and another co-written by The Coral's James Skelly. The ten track album will be released October 14th on limited edition smoky midnight blue vinyl, and will also be available on forest green vinyl, CD, and more. Head here to view the pre-order options.

Lightning Seeds debuted the first song off the record titled "Sunshine," which is available to stream below. Ian Broudie explains the meaning behind "Sunshine":

"The song is about the sun being the source of life. I’ve had many dreams worrying about the future of an uncertain world but then when the sun shines everything feels more positive and hopeful. It’s about being optimistic and seeing the best in things and I hope that it will warm everyone’s heart.”