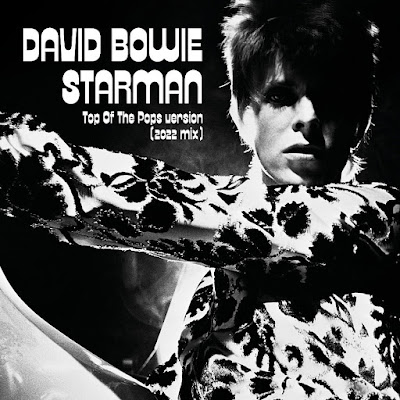 To mark today's 50th anniversary of the iconic The Rise And Fall Of Ziggy Stardust And The Spiders From Mars, Bowie's archive shared a newly mixed version of "Starman" which was captured on Top Of The Pops in 1972 along with added vocals.

As the story goes, due to 1972's union laws in the UK, artists had to furnish Top Of The Pops a re-recorded version of their song that they would be performing for the program. Some artists - which was the case with Bowie - would sing live over the top of the song making their TOTP appearance more of a true performance than a lip synching affair.

Stream "Starman (Top Of The Pops Version 2022 Mix) below.