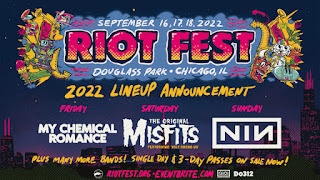 Riot Fest takes place September 16th through September 18th at Douglass Park in Chicago. Tickets - including single day tickets - are on sale now. Head here for all the details and ticket information.