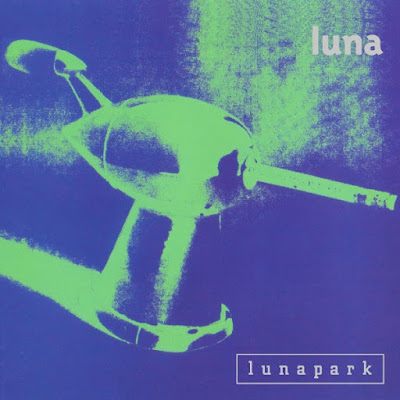 Luna's debut album Lunapark will be expanded and reissued on vinyl.

Luna originally released the album Lunapark in 1992 under the moniker Luna² (superscript 2) to avoid being confused with a new age artist named Luna. Thirty years after its original release, Lunapark will finally receive a vinyl pressing in the US. The limited edition double vinyl release has been pressed on transparent blue and green vinyl (LP 1 is on blue; LP 2 is on green) and has been expanded to include pre-Elektra demos (the "Fun City" and "Toxic Shock" demos), deluxe packaging, and never seen before photos. Only 2000 copies will be pressed and each copy will be individually numbered.

Lunapark is expected to arrive on January 20th and is available to pre-order here.