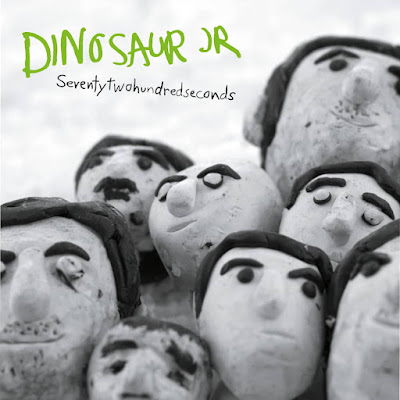 A live Dinosaur Jr session from 1993 will be released in August.

SeventyTwoHundredSeconds was captured March 7th, 1993 and broadcast on MTV's 120 Minutes. The performance took place about month after the release of the band's fifth studio album Where You Been and is considered a highlight/fan favorite by legions of Dinosaur Jr fans. The five song set has been remastered from the original tapes and will be released as a vinyl-only EP on August 26th. View the tracklisting for SeventyTwoHundredSeconds below, and head here to pre-order.

Meanwhile, tonight's the night to view Freakscene - The Story of Dinosaur Jr in theaters across the US. For those that can't make it, or want to see it again, the documentary will be available to stream through Apple, Amazon, Google, and more on June 3rd. Head here for more details.