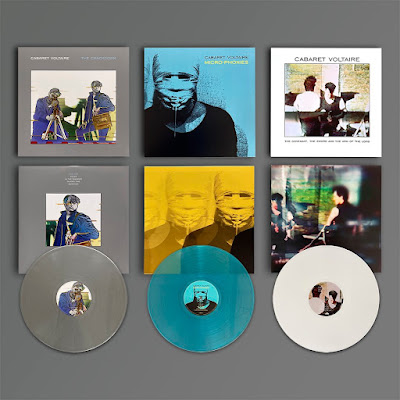 Three of Cabaret Voltaire's albums will be reissued next month.

Mute will reissue The Crackdown on grey vinyl, Micro-phonies on turquoise vinyl, and The Covenant, The Sword And The Arm Of The Lord on white vinyl. All three reissues will be the 2013 remasters pressed on limited edition colored vinyl and come with a download code. The albums will be released individually and as a bundle on June 17th.

According to Mute, Richard H Kirk had greenlit the reissues prior to his passing, and the plan was to announce them after promotional activities for the Shadow Of Fear were complete. Due to Kirk's untimely death and vinyl production delays the reissues weren't announced until now.