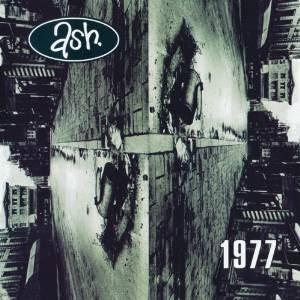 The debut album from Ash was originally released in 1996 and this reissue marks the first time 1977 has been available on vinyl in 26 years. The original material has been newly remastered and pressed on limited edition black and white splatter vinyl. The record features the hits "Girl From Mars," "Kung Fu," and "Oh Yeah," among others and it appears the hidden track "Sick Party" found on the original release has been left off. The reissue of 1977 arrives July 1st and is available to pre-order here.

Interestingly enough, the single "Girl From Mars" had two different videos - one for the UK and one for the US. View both below.