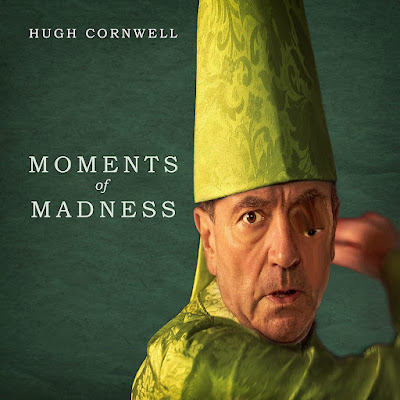 The ex-Stranglers leader has announced details behind his 10th solo record Moments Of Madness. Cornwell produced and played all the instruments on the record, which has been described as having a "stripped down, offbeat, reverberating 60s vibe." The ten track record arrives on October 7th and will be released on standard black vinyl, limited edition mint pearl vinyl, and CD.

Along with the album announcement, Cornwell premiered the first song off the record titled "Red Rose." Stream below and head here to pre-order Moments Of Madness.