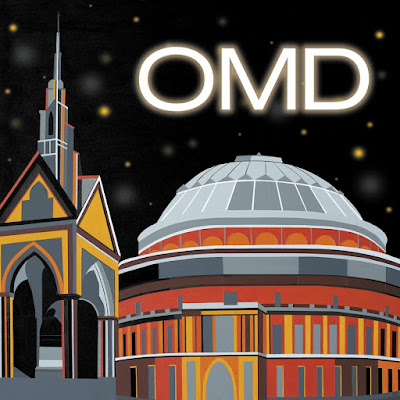 Orchestral Manoeuvres In The Dark will release a live collection in May.

Live At Royal Albert Hall 2022 was captured live this week during their two night stand at London's Royal Albert Hall. Each night the legendary band performed two sets - one set featuring atmospheric and rarities - some of which haven't been played since the 80s!; the second set filled with greatest hits.

Live At Royal Albert Hall 2022 will be released as a 2 CD set, limited edition 4 CD photo book, and 3 LP set. The CD editions arrive in May, while the vinyl is expected by October. Head here to view the pre-order options.