Morrissey returns to Vegas for another Viva Moz Vegas residency 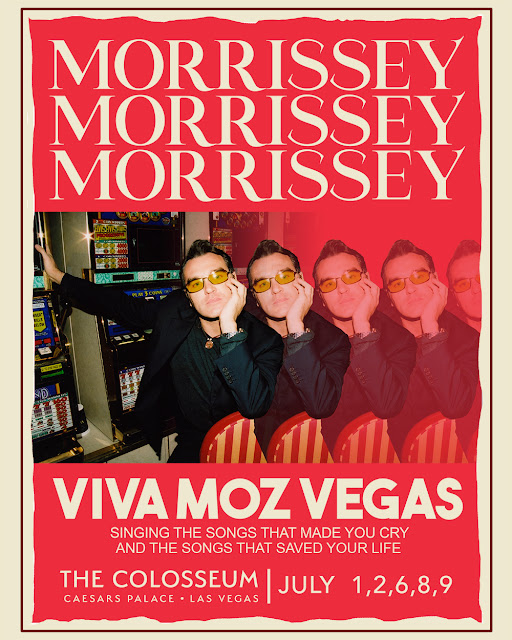 Morrissey is returning to Las Vegas!

The legend returns to Vegas this July for another Viva Moz Vegas residency. The five date stand takes place July 1st through July 9th at The Colosseum at Caesars Palace. Pre-sales kick off this Wednesday, March 23rd at 10am local time (PDT) with the general onsale scheduled for Friday, March 25th. The shows will likely sell quickly, so don't delay grabbing tickets if you're thinking of going.

From the press release:

"The Vegas residency will serve as an intimate, invigorating dive into Morrissey's expansive career from his early days to the new album. As an artist who is always trying new things, and never wanting to repeat himself, this could be fans' only chance to experience the provocative combination of Morrissey in Las Vegas. These shows are not to be missed."

Last year Morrissey revealed that he recorded a new album titled Bonfire Of Teenagers, however no release date has been announced since he is currently without a record deal. No updates regarding his label status have been made public.

Prior to the Vegas gigs Morrissey returns to the stage to headline the long awaited Cruel World Festival May 14th and May 15th at the Rose Bowl in Pasedena. The festival also features Bauhaus, Echo And The Bunnymen, Public Image Ltd, The Psychedelic Furs, and more. The first show is sold out, however tickets remain for May 15th. Head here to learn more and to obtain tickets.