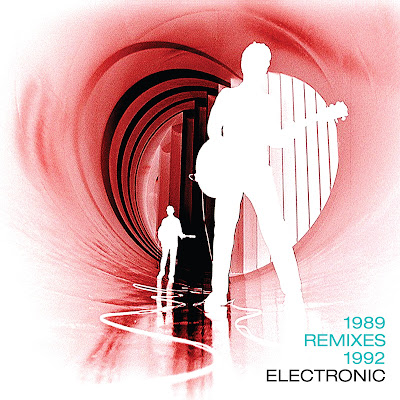 Electronic to release a remix EP in April.

The beloved side project featuring Bernard Sumner and Johnny Marr launched in 1989 and released an arsenal of killer singles in the early 90s. The remix EP covers that golden Electronic era of 1989 through 1992 and features six remixes. All of the mixes have been released previously, however they are all joyously collected here together. Swoon!

Electronic Remixes 1989 - 1992 is limited to 7500 copies worldwide and will be released April 23rd for Record Store Day. Unfortunately the EP is an exclusive Record Store Day release and there are no plans to issue it beyond the RSD pressing, which means it'll be heavily sought after and hard to find, until copies end up on the secondary market for ridiculous prices.

Head over to the official Record Store Day website to check out the listing and view the list of participating record stores near you.